A woman and a girl died of suspected carbon monoxide poisoning yesterday after being found on a boat with ‘serious breathing difficulties’.

A male family member who was with them remains seriously ill in hospital.

The emergency services, including two air ambulances, were called to the private boat on Windermere in the Lake District, where the three were treated by paramedics.Injuries: The boat where all three victims were found, a 36-year-old and her 10-year-old daughter, who both died Monday afternoon, and one man, who remains in hospital, was moored by the middle jetty by Lake Windemere. 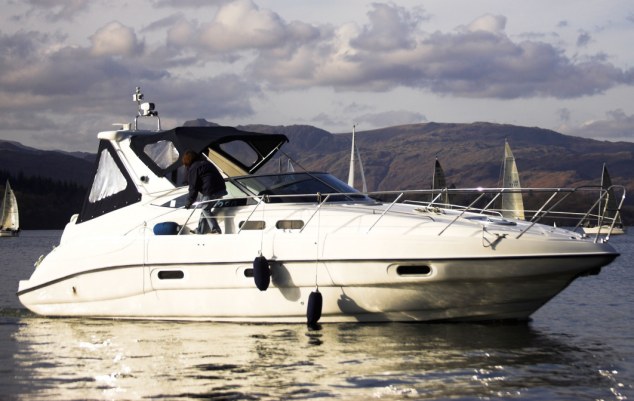 Vessel: The boat where the victims were found is believed to be a Bayliner,
a luxury boat with a diesel engine (pictured is a boat of the same model on Lake Windemere)

It is believed the three family members raised the alarm themselves after experiencing breathing difficulties.

Police blocked roads and placed a tarpaulin over the boat to prevent bystanders watching the rescue attempts.

The 36-year-old woman, the girl, 10, and the man were then flown to the Royal Lancaster Infirmary.The woman and child, both from Leyland, Lancashire, who are thought to be mother and daughter, later died.

The boat, believed to be a Bayliner, a luxury motor-boat with sleeping facilities and a diesel engine, was removed by police.

Tragedy: The woman and the young girl were flown to Royal Lancaster Infirmary where they later died from carbon monoxide poisoning

Police attended the incident at 4pm today following a report that three people  were having serious breathing difficulties on a private boat on Lake Windermere in the Lake District, Cumbria today (file picture)

The incident at a jetty near Bowness, was witnessed by tourists who had flocked to the Lake District for the Bank Holiday weekend, as well as businessman and Dragons’ Den presenter Duncan Bannatyne.

He wrote on Twitter: ‘Two air ambulances have flown over me plus four on the road plus loads of police cars.’

He later posted a picture of the scene with the message: ‘Tragic accident over there I am afraid.’

Another eyewitness, David Brereton, wrote on Twitter that CPR was administered to the victims on the jetty.

Cumbria Police were unable to confirm reports that the deaths were the result of carbon monoxide poisoning.

A spokesman said: ‘Police are currently investigating the circumstances of this tragic incident and trying to establish the full facts about what has happened.‘Cumbria Police can confirm that at approximately 4pm, they attended an incident at Lake Windermere, where it was reported that three  people on a private boat  were having serious breathing difficulties.

‘Police attended along with an ambulance crew.

‘A 36-year-old woman and a 10-year-old girl were treated at the scene and then air-lifted to Royal Lancaster Infirmary.

Unfortunately, both have since tragically died.

‘A man, who was also on the boat, is still receiving treatment at the Royal Lancaster Infirmary.’

Windermere is the largest natural lake in England and is a popular location for boating and watersports.

Carbon monoxide is a poisonous gas often produced by poorly installed, maintained or ventilated household appliances such as cookers.

When the gas enters the body, it prevents red blood cells from carrying oxygen, potentially causing unconsciousness and death in severe cases.

The immediate effects of inhalation include headaches and nausea. Long-term effects include brain damage and paralysis.

The gas is colourless and odourless, meaning it can be difficult to detect. 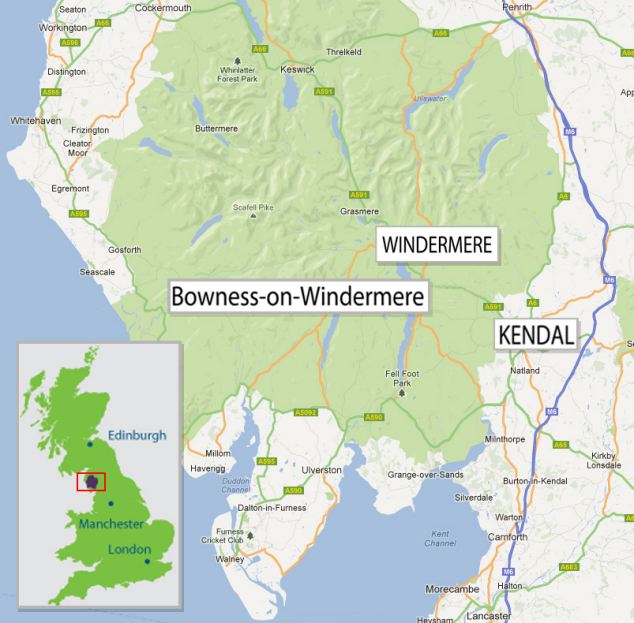 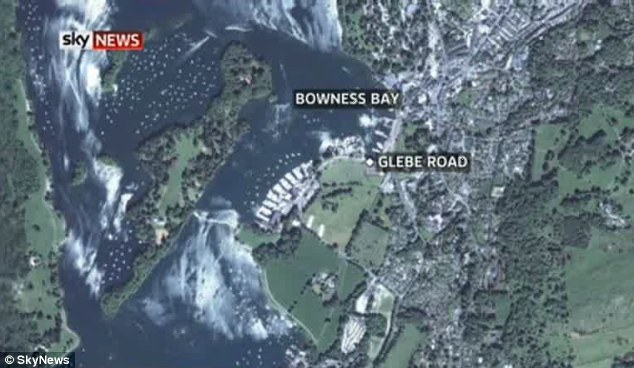 Location: An zoomed-in satellite shot of the area shows the jetty in Bowness Bay

Last Easter, six-year-old Isabelle Harris died after inhaling deadly fumes during a camping trip with her family at Holmsley, near Bransgore in Hampshire’s New Forest.

The fumes were given off by a portable charcoal barbecue that her parents, Tracey and Lee, had brought into the family tent to keep warm in near-freezing temperatures.

The couple were unaware of the dangers posed by carbon monoxide given off by the barbecue in a confined space.

In another case, John Cook, 90, his wife Audrey, 86, their daughter Maureen, 46, and their dog were found dead in a caravan in Cornwall in February after a carbon monoxide leak in the vehicle.

The incident prompted experts to renew warnings about the dangers of using devices such as portable heaters when sleeping in caravans in freezing conditions.